December 1st is here! You know what that means. Bring on all the holiday baking. These Vegan Snickerdoodles welcome the Christmas season with all the sugar and spice! These dairy free cookies are soft and pillowy with the slightest crisp on the outside. They are puffy, chewy and completely gluten free. I highly suggest you welcoming December AKA cookie season by making these vegan snickerdoodles!

Why You’ll Love These Vegan Snickerdoodles

How to Make Gluten Free Snickerdoodles?

These vegan snickerdoodles use a blend of almond flour, oat flour and brown rice flour. With gluten free baking it is rare to use just one flour for a recipe unless it’s just a few tablespoons of flour needed. For cookies, my favourite blend is some combination of almond flour and oat flour, which you will see in most of my cookie recipes.

These gluten free snickerdoodle cookies also call for vegan butter. My favourite vegan butter to use is Miyoko’s. You need to let the butter soften for this recipe, just slightly but don’t melt it. Cream together the butter with the coconut sugar and then add the vanilla and flax egg. You then gently combine the dry ingredients into the wet mixture. The end result is a yummy cookie dough that you should probably taste test! Then roll these balls into a cinnamon-sugar mixture and pop them into the oven. No need to flatten them beforehand. After 14 minutes you’ll be greeted by crinkly, and puffy vegan snickerdoodles.

Note for this recipe: You could try using coconut oil (softened) instead of vegan butter, but I have not tested it, and it will most likely yield a slightly different result. But I’m sure these gluten free snickerdoodles will still be delicious!

Is cream of tartar vegan?

The name itself just leads one to think it’s full of dairy. But surprise! It’s not. Cream of tartar is vegan! It’s simply a leavening agent like baking soda and baking powder but it has a tangy texture. This is typically a key ingredient in snickerdoodle cookies and so of course I added it to these vegan snickerdoodles. They want that slight tang. Cream of tartar simply helps a cookie stand a little taller, you know, give it a little more confidence.

Can we talk about how fun it is to say, “snickerdoodle”? As an added bonus, you can snicker as you say “snickerdoodle” over and over again, while you shove down a few cookies. Sounds like a pretty good time. And hey maybe Santa would like some vegan snickerdoodles this Christmas, you know change it up for the jolly man this year. Basically, these pillowy gluten free snickerdoodles NEED to be on your Christmas baking list. Just imagine nibbling on these cookies, drinking tea, sitting by the fireplace right by the Christmas tree. Sounds pretty magical to me. 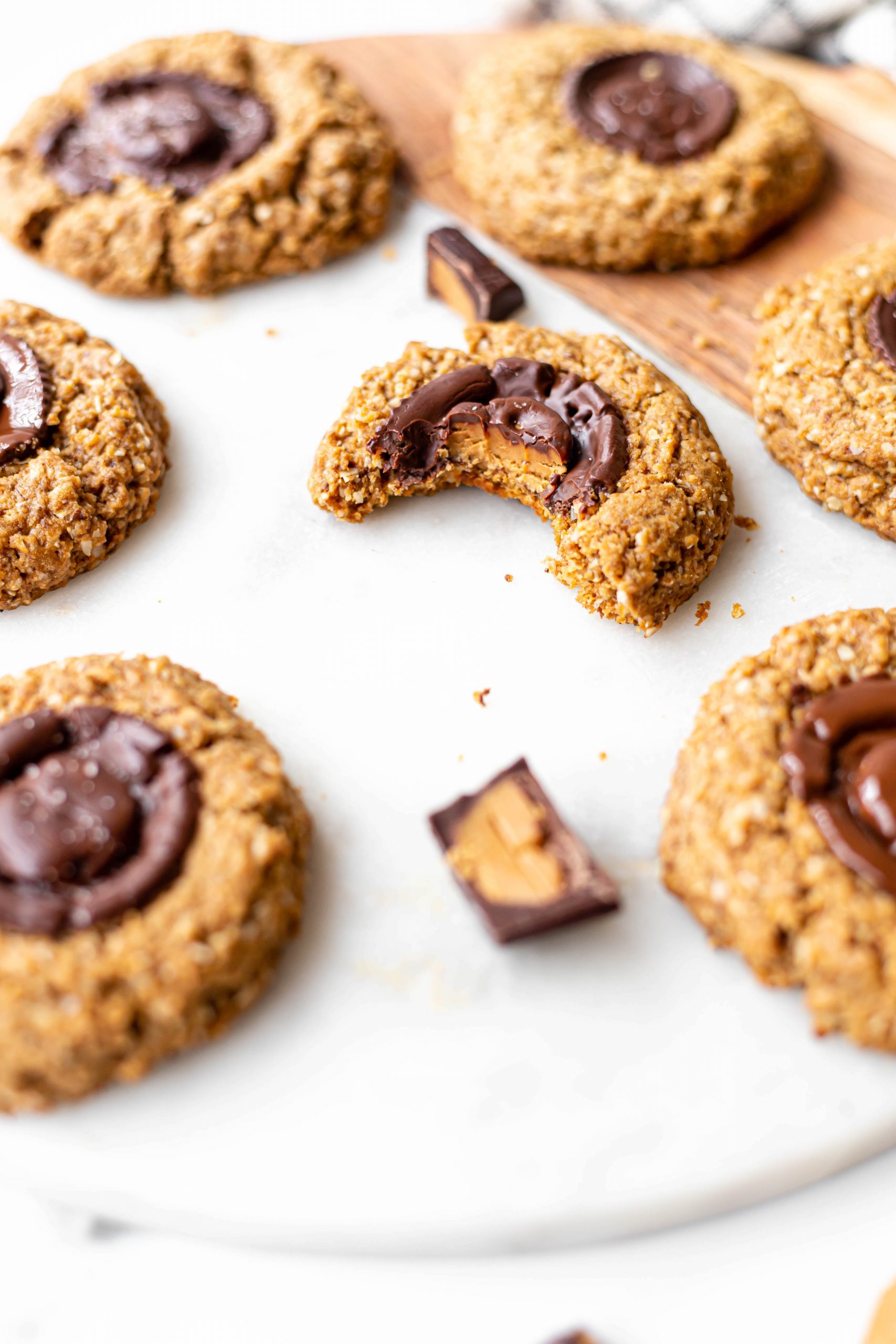